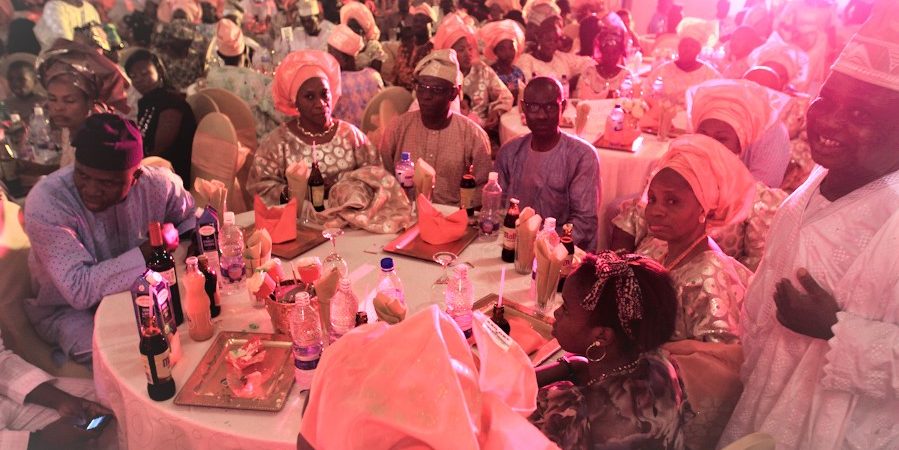 Owambe is a Nigerian-style celebration. We take pleasure in what unifies us in a culturally varied country like Nigeria. Nigerians are tremendously connected to their ancestry, celebrating their progress and triumphs while building their collective spirits via cuisine, music, and dancing. Social activities are frequently organized on a regular basis, since celebration is one of the great features that binds us as a country. In today’s world, no weekend is complete without an Owambe celebration.

Owambe is one of Nigeria’s biggest uniting forces, effectively bringing people from many ethnic backgrounds together to share happiness, food, and clothing. The Yoruba people of Western Nigeria used to conduct grandiose festivals called owambes. Weddings, birthdays, naming, coronation, installation, and housewarming are all celebrated at these ceremonies.

An Owambe is a life celebration that generally commemorates a significant event, such as a baby’s naming, a wedding, a 50th birthday, or even a burial. But it isn’t a somber occasion. The music is loud, the dancing is nonstop, and the entire scene is lit up by glistening headpieces (gele) and vibrantly colored costumes (aso ebi). Family and friends shower the hosts with presents and money. There is, of course, plenty of food. Traditional festival delicacies include jollof rice, moinmoin, and efo-riro, which take several hours to prepare. It’s no surprise that many partygoers consider the cuisine to be the best part of the event.

In traditional African civilization, festivals used to be the center of attention. Celebrations, on the other hand, have evolved to a whole new level. They are no longer held at set times of the year, but now take place every Saturday. Owambe parties are becoming a staple of every Nigerian weekend.
Owambe is a showy and opulent party hosted by Nigerians that is generally marked by a display of wealth, excessive spending, color, spectacle, paparazzi, copious amounts of food, music, dancing, and networking. Western Nigeria, specifically the Yoruba culture, is where it all began. Birthdays, housewarmings, namings, reunions, and, most notably, weddings and funerals are all occasions for such gatherings.

A PROPER OWAMBE HAS THE FOLLOWING FEATURES:

Aso Ebi, as defined by Pius Adesanmi, are Nigerian clothes created from matching fabric that are worn as a uniform by a group of people to a party, wedding, or burial. Wearing a certain aso ebi indicates the group of people who are wearing it. For example, all of the bride’s friends may wear blue and gold, the bride’s family might wear white and gold, the groom’s friends would wear black and pink, and so on at a wedding. Aso-Oke (traditional hand-woven cloth), cotton, damask, lace guinea brocade, or even wax fabric might be used (Ankara). Wearing aso ebi has great advantages; it often determines how the wearer is treated at a celebration, particularly in terms of food and mementos.

Parties are normally held on weekends, especially Saturdays, unless there are exceptional circumstances.

A number of Owambes function as familial unions. Guests may get the opportunity to meet long-lost relatives for the first time. Apart from that, because they are typically attended by bachelors, spinsters, and the society’s crème de la crème, it provides an outlet for making vital life-defining contacts.

Jollof Rice, Amala and other foods

Food in Owambes is frequently plentiful. Some visitors are able to take home a variety of foods in organized takeaway packets, while others simply take as much as they can in whatever container they have. While Owambes often serve a wide variety of foods, Jollof rice is the signature foreign meal at Owambe. This famed Jollof rice has sparked a never-ending debate between Nigeria and Ghana about “whose jollof is superior.” The most popular native dish is amala. Amala is a yam flour-based solid paste.

It is not unusual to attend a party to which one has not been invited. I heard, so I came, as Mogbo-Moya literally says. Friends can go to parties by themselves, while lazy folks can dress up and go to a party near them. Occasionally, mogba-moyas have no idea what is being commemorated.

At owambes, there is generally a lot of loud music. This is frequently accompanied by a lot of dancing by the party’s visitors and hosts. Money-spraying is also a part of the mix. People spraying mint notes on the invited musician or a fellow dancer at the party is not unusual. At Owambes, local performers that sing Fuji, juju, and other regional genres are given priority. King Sunny Ade, Pasuma Wonder, Saheed Osupa, and Wasiu Ayinde are among the most prominent of them.

These aren’t only tokens of gratitude from the hosts to their visitors. This is solid proof that someone went to a party. As a result, it is common to see people striving for their own. Handkerchiefs, buckets, hand fans, pencils, and bowls are examples of party souvenirs.

How to Sell Fast

How to Sell Fast

Our dream is to be the Largest Inventory of Event Vendors in Nigeria. Tell the World what you do in 1 click. Posting an Ad on Owambe Vendors is very simple, fast and entirely FREE. We will not charge you for adverts now or in future.

Got It
Open chat
1
Hello👋 Help is here😊
Hello 👋
My name is Mercy from Owambe Vendors.
What can I do for you?